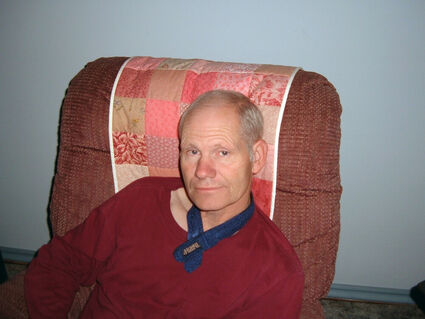 "You are a pioneer of thought and action of the younger generation but do not let the mind run ahead of the body and exhaust it."

Jade Hodgson originally entered this world as Joseph David Hodgson on Jan. 20, 1956, legally changing his name later in life to something more uniquely suitable for his inquisitive and adventurous personality.

He was the youngest child born to Floyd Dale Hodgson and Glenice Gertrude Quam in Moses Lake, Washington. He married twice, first to the love of his life, Mary Nan Willey, on July 22, 1977, and later to Donna Kay Brewington on January 8, 2000. His restless spirit was ill-fitted for marriage and monotonous life experiences, however. He loved to travel, especially to historically relevant landmarks, and used his intelligence and creativity for multiple projects throughout his life such as restoring classic muscle cars.

During the past 20 years, he devoted most of his time researching his family's genealogy, making invaluable contributions such as rare photographs, property, and records covering hundreds of years of lineage that will forever be treasured by generations to come. He was intelligent, creative, and innovative with an unquenchable thirst for knowledge and exploring the unknown. He would want the world to understand how short life is and not to die with a life full of regrets, but to treasure those you love, live well, and die well.