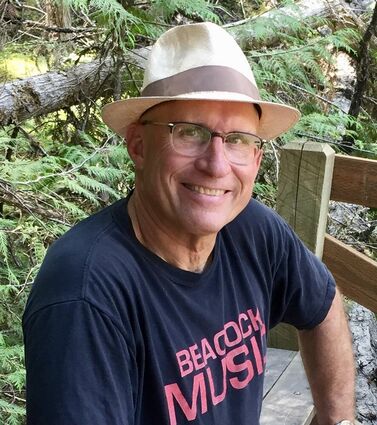 Following college, he started farming with his parents in the Onecho area. He married Melanie Gronholz in 1980, and together they raised four children, Rachell, Ryan, Levi, and Cassie in the log home that he built with his father. Craig started working for WSU in 2001 in the athletic department doing maintenance. He later reconnected with his high school sweetheart, Andrea, and together they were married on June 8, 2019, in Oregon City, Ore.

He loved music; singing and playing guitar. He was an avid sports player and fan, and also liked to play golf. He retired from WSU in May 2021. Following retirement, he and Andrea loved to travel, and they also spent much of their time together singing.

He is survived by his beloved wife Andrea at their home in Moscow; his two sisters, Susan Jackman, Nine Mile Falls, Wash., and Robin Erickson (Leif), Colfax, Wash .; his four children, Rachell (Travis) Anderson of Spokane, Wash., Ryan (Melynda) Culbertson of Milton, Fla., Levi (Tania Valencia Hernández) Culbertson of León, Mexico, and Cassie Miller of Spokane, Wash .; his two stepchildren, Muir and Jarré Lyman both of Portland, Ore .; 20 grandchildren, four great-grandchildren and numerous cousins, nieces and nephews. He was preceded in death by both his parents.

A memorial service to celebrate Craig's life will be held on Saturday, February 5, 2022, at 11:00 a.m. at the Colfax High School Gym, reception to follow in the CHS cafeteria. Corbeill Funeral Home of Colfax, Wash., is caring for the family.