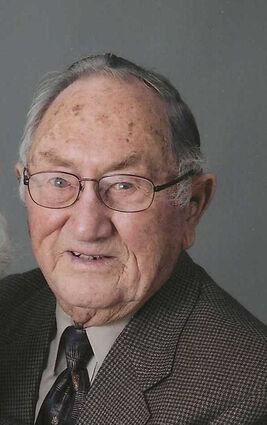 LeRoy married Gertrude "Trudy" Druffel in Colton on November 26, 1946, and they celebrated their 75th wedding anniversary this week. They made their home on their family farm outside of Colton, where LeRoy farmed and ranched his entire life. Even in his later years following retirement he was a part of the harvest team with his family.

LeRoy loved woodworking and had his own shop following their move into Colton in 1991, where he built many beautiful items for family and friends including cabinets, hutches, tables, stools and so much more. He enjoyed fishing, gardening and travelling throughout the U.S. and abroad with Trudy.

LeRoy loved his family and spending time together as he was a dedicated husband, father and grandfather throughout his life. He was a parishioner at St. Gall Catholic Church in Colton and was a member of the Knights of Columbus, Fourth Degree. LeRoy also belonged to the Colton Grange for many years.

Online condolences may be sent to http://www.kimballfh.com.