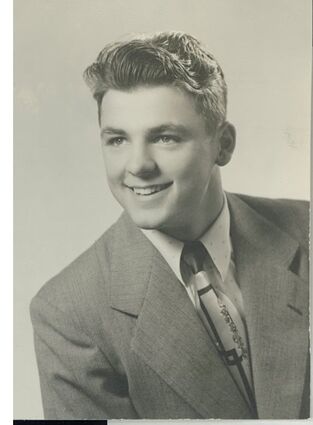 With saddened hearts, the Stueckle family says goodbye to Dr. Arnold F. Stueckle: a man who exemplified kindness, faithfulness, compassion, goodness and joy. On September 3, 2021, Arne went home to his savior, Jesus Christ. If you had ever been with Arne, he would greet or say goodbye with these two words "Keep smiling" - always trying to encourage, uplift, and affirm anyone in his presence. So as you read this celebration of life, "Keep Smiling"; for his 88-year mantra was, "I'm third" (Jesus Christ was first; family was second; and himself, third.} He lived his life to the fullest as a good and faithful servant to the Lord.

Arne was born February 22, 1933, to Fred and Emma Stueckle in Lacrosse, Washington. He was the second of three boys with David as the eldest and Reuben, the youngest. He had fond, loving memories of being raised on a ranch where his young life revolved around church, family, and the harvesting of wheat. Arne attended Lacrosse Elementary School where one class per grade level had him placed with the class ahead or behind him. He was raised post Great Depression and during World War II. He remembered the drills in school where students would go under desks and the black-out curtains in their home. Church and faith were an integral part of the Stueckle home with Wednesdays being bible study and Sundays including a morning and evening service with an afternoon prayer meeting.

Arne attended Lacrosse High School from 1947 to 1951 where he lettered in football, basketball, and baseball. He had the honor of being student-body treasurer, class president, and the 1951 salutatorian. He then attended Whitworth College from 1951 to 1955 where he earned a BA degree in Education and his Masters in Education Degree (1962). He continued his love of sports by participating in Whitworth's football, baseball, and track programs. During his years at Whitworth, he met and married his first wife in 1955.

In 1955, Arne began his teaching career as a 6th grade teacher in Moses Lake. He was then drafted into the Navy, March 1956. After completing his basic training, he was assigned to LST 1148 Sumner County Georgia as a 3rd class Gunner's Mate. As a Gunner's Mate, he was responsible for the operation and maintenance of the 40 and 20 mm guns. Upon discharge, he returned to Moses Lake to teach and coach 1957-1960. In 1962 he was teaching in Cle Elum when Dr. Warren (president of Whitworth College) requested that Arne become Whitworth's Alumnae Director, Placement Director, and Associate Director of Admissions, 1962-1966. In 1968 Arne earned his PhD in Education from the University of Idaho. The next 32 years at Eastern Washington University, had him instructing teacher preparation classes and supervising student teachers. His undergraduates would say, "thank you" for the guidance, inspiration, and mentorship that allowed them to excel.

The summer of 1971 Arne was a consultant with the Grant School faculty in conferring and restructuring a non-graded elementary program. It was here that he met his wife, Diane. Within their 49 years of marriage, they built their family home and raised three children: Todd, Matthew, and Kelli. With Arne at the helm, this family of five have fond memories of their RV vacations in the National Parks. The children remember their dad filming every ballet and music performance plus filming football, basketball, soccer, and baseball games. To his adult children, these treasured VHS tapes are the loving artifacts of a devoted father.

During these years, Arne's hobby was being a referee for the Greater Spokane League. He enjoyed wearing the black and white stripes to officiate GSL football, basketball, and baseball games. Arne also loved working with his hands. He took great pride in the maintenance and landscaping of the family home.

Arne was a man of deep faith. He was involved in the Northwood Presbyterian church by being an elder, co-chair of Northwood's 25th anniversary, and clerk of session for 19 years. He represented Northwood at General Assembly and as moderator at Synod of NW. As a Whitworth graduate and past administrator, he was a member of the Whitworth Booster Club and the Whitworth Athletic Fund Board. He also shared his faith by preaching during the summers in Clarkston, Oakesdale, Wilbur, Coulee City, and Reardan. Upon retirement from EWU, he began his Commissioned Lay Pastor training,1996-1999. He preached in Marcus, Hunters, Davenport, Fairfield, and Elk City. And then, Arne accepted a position at First Presbyterian Church in Wilson Creek from November 2002 to July 2013. 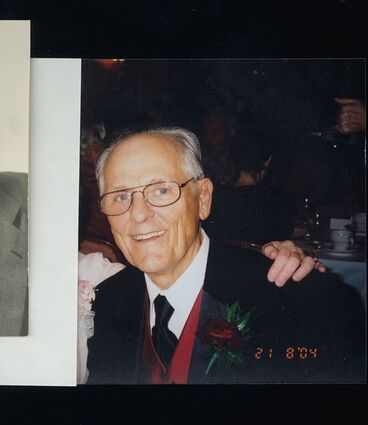 The last six years of life, Arne faced bravely and courageously the medical diagnosis: Parkinson's disease dementia. With a walker or wheelchair, he was the essence of peace and grace. Arne is preceded in death by his parents, Fred and Emma Stueckle. Arne is survived by his wife of 49 years, Diane; his children: Todd (Jennifer) Stueckle; Matthew (Jennifer) Stueckle, and Kelli (Andy) Friedlander; his brothers, David Stueckle, Reuben (Judy) Stueckle; nine grandchildren (Joshua, Brady, Calvin, Jamie, Cameron, Sahleh, Jayden, Ella-Grace, and Brooks); many nieces, nephews, and cousins.

A graveside service and celebration of life will be announced at a later date. The family wishes to thank Hospice House South for their outstanding support and care. In lieu of flowers, donations in Arne's memory can be made to Whitworth University or Hospice House, 121 South Arthur, Spokane, Washington.