Lee was born May 18, 1939, in the family home in rural Caulfield, Miss., to Clifford and Geneva (Williams) Scherff. Lee weighed in at 4 pounds and for weeks a shoebox was his bed. He was the oldest of three brothers.

The family moved to rural Aurora, Nebraska, in 1946, where they farmed. Lee graduated from Badger country school, and in 1957 he graduated from Aurora High School and joined the U.S. Air Force. He was stationed in Bermuda and worked as a mechanic on B-50 planes which were flown by Hurricane Hunters; he loved the times when he got to fly with them.

In 1961, Lee married Frances Hawk; they lived at Inland, Neb., and Lee owned and drove his own semi-truck. They later divorced. Three children were born of that marriage. Lee went to work driving a hi-rail semi-truck loaded with rails; he followed a detector car over the Union Pacific Railroad system-when the equipment in the car detected a fault in a rail, Lee would unload a rail from his truck, and the UP workers would replace the faulty rail.

In 1972, Lee married Carole Alberts, the love of his life. He went to work for Union Pacific Railroad and was based at LaGrande, Oregon. While there he was promoted to roadmaster of track maintenance, and was transferred to Spokane and later to Kennewick. After a heart attack, Lee had to leave the railroad and moved to St. John, where he was manager of the St. John Golf Course he so enjoyed, until more health problems arose.

Lee loved the friends he made on his journeys in this life. He loved to travel and treasured time spent with family and friends. Lee was an excellent cook and delighted in trying new recipes (his barbecued ribs were a specialty). He spent hours fishing in his boat and considered it a bonus if he caught one big enough to keep. He enjoyed all sorts of tools, puttering in his shop, telling stories and jokes and just visiting. Lee relished gardening- tomatoes and okra and jalapenos were some of his favorite things to grow-and eat. He adored his wife and family, cherished his friends and treasured his dog. Lee had a great sense of humor which he never lost, and he will be dearly missed by his family and friends. 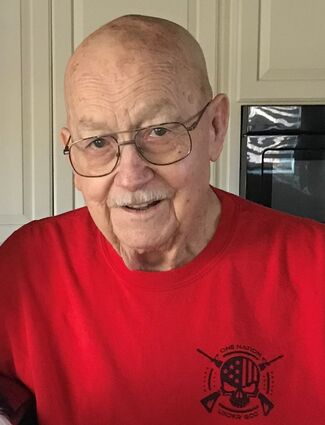 Lee was preceded in death by his parents; his brothers, Jerry and Roy; a granddaughter Casie Gibbs and a grandson Andrew Wessels. He is survived by Carole, his wife of 49 years; his son, Monty and wife Terry of Aurora, Neb.; his daughters, Candace of Arkansas and Terri Jo of Aurora; Clark, Cathy and Kyhler Gibbs of Sutton, Neb.; his grandchildren, Megan, Ashley and Aydenn; his sister-in-laws and brother-in –laws; along with nieces and nephews; an aunt and uncle; his dog Gracie; and Lydia and Bruce Smith of St. John, Wash., who he considered family. There will be a service for Lee in Nebraska at a later time.