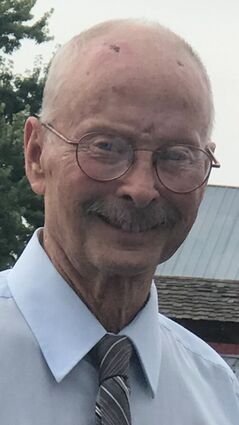 Thomas K. Goodwin was called home to heaven on Saturday, February 6, 2021. The youngest of four children, Tom was born in Missoula, Mont., on April 4, 1945, to John and Marie Goodwin. He graduated from High School in Moscow, Idaho, in 1963. In September of 1965, he married his first wife, Elaine Grieser and they had three wonderful children: Karen, Sherri, and Brian. Tom was an entrepreneur from a young age and demonstrated it by owning and operating his first Chevron service station in St. John, Wash. He also successfully worked as an independent contractor, handyman and was the consummate salesman. Many have said that Tom was one of the hardest working men they had ever known. He simply did whatever it took to provide for his family.

Tom met Kathy McCreary in December of 1978 and they were married on August 25, 1979. They started their lives together in Rosalia, Wash., where Tom owned and operated two service stations and together, they raised Karen, Sherri, and Brian. They later made their home in Spokane, Wash.

Tom was known for being hard-working, an honest and trustworthy friend, a dedicated father, and a loving husband. His family was his world and he demonstrated, by example, the values he instilled in his children. He had a passion for camping, fishing, cars, camping, boating, and loved telling stories. Everyone who knew him would say he loved telling jokes. In short, he loved to make people smile and was the life of the party.

He was preceded in death by his parents, brother, two sisters, and Elaine.

Tom will forever be in our hearts. He often said, "You're gonna miss me when I'm gone".

What an understatement! We do miss you and we will forever!

To the world he was a husband and a father, to us he was our world. May he rest in peace.

Memorial service to be held on May 8, 2021, at 1 p.m. at St. John's Lutheran Church, 5810 S. Meadowlane Rd., Spokane, WA 99224. A Celebration of Life to be held after the memorial, at a destination to be announced at the memorial. You can also contact members of the Goodwin family for details.