By Roger Harnack
The Gazette 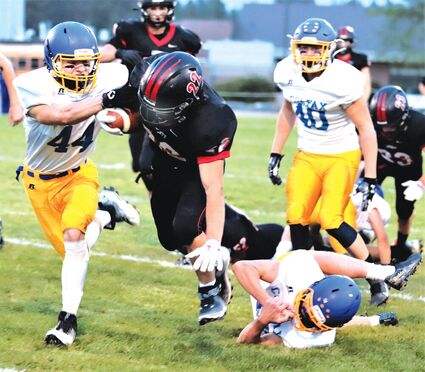 Photos by Roger Harnack | The Gazette

SPANGLE – The Liberty Lancers leaped into the football rankings this week with a resounding 47-6 win over the Colfax Bulldogs on Friday, Sept. 17.

The Lancers (3-0) moved up to No. 3 in the state Class 2B rankings after the win. And they are tied for first place in the NE2B with Jenkins (Chewelah) and Davenport.

"I think we played the best team in the league tonight," Bulldogs Coach Mike Morgan said after the loss. "They certainly proved that."

Morgan said the Lancers have "more tools than we know what to do with."