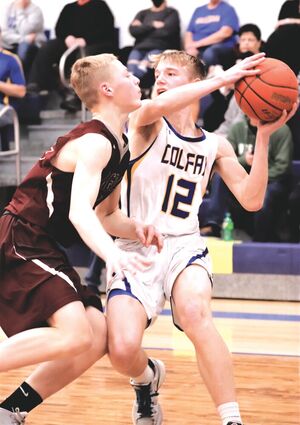 The Bulldogs boys basketball team will play in the District 7 Class 2B semifinals on Feb. 15

SPOKANE VALLEY - The boys post-season basketball picture got a little clearer Thursday night, Feb. 10, with two Whitman County teams reaching the 1B semifinals and one reaching the 2B semifinals.

The Colfax Bulldogs knocked off Reardan, 68-53, last night to reach the District 7 Class 2B semifinals on Feb. 15. The local boys will take on the Davenport Gorillas in the main gymnasium at West Valley High School. Tipoff time had yet to be announced at press time.

In District 9 boys Class 1B action, Tekoa-Rosalia and Oakesdale both advanc...