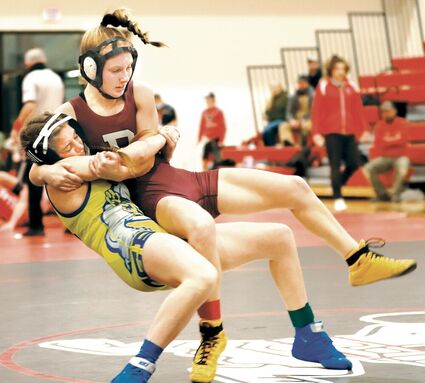 RITZVILLE – A Tekoa-Rosalia wrestler may have set the record for the school's fastest pin on Jan. 15.

At 145 pounds, Timberwolves freshman Cullen Billings, of Rosalia, caught Selkirk's Jeffrey Nicholas in a standing cradle during a mix-and-match event in Ritzville and pinned him in 18 seconds.

The pin was Billings' second of the event that attracted wrestlers from Pomeroy, Lind-Ritzville, Wilbur-Creston-Keller, Almira/Coulee-Hartline and others.

In his first bout of the day, Billings pinned Ruger Angstrom, of Wilbur-Creston-Keller.