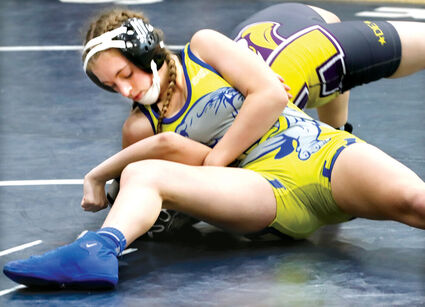 Sydney Sisk, of Colfax, uses a head-and-arm to pin Heather Weyand, of Hanford, in 31 seconds in the girls 120-pound class.

In the 135-pound class, Casey (1-3) opened the tournament with a bye before pinning Emille Vincent (0-2), of Kettle Falls, in 2:35 during the second round of the tournament.