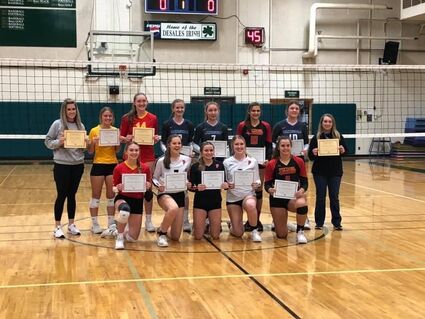 The St. John-Endicott-LaCrosse (SJEL) player, Archer, was honored along with her coach, Jenn Johnson, who was named Co-Coach of the Year with Oakesdale Coach McKinzie Turner.

"It's just an honor to share it with McKinzie because she really built up that program," said Johnson. "It's more than volleyball ... you get friends out of the deal. She's more than just an opponent."