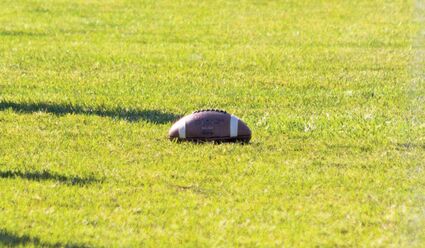 "It was kind of back and forth until the fourth quarter when we scored the final touchdown to go ahead," said Genesee-Colton Coach Justin Podrobsky.

Then there was a fumble.

"We fumbled on the 1-yard line and tried to give the ball back with a minute to go," said Podrobsky. "They recovered it and we were able to hold them down for the last few plays."

The Bulldogs' first score was Jack Johnson running 48 yards for a touchdown and Kendrick responded with a touchdown on a 4-yard run.

In the second quarter, Cy Wareham caught a 34-yard touchdown pass from Angus Jordan for Genesee-Colton.

Kendrick came back in the third quarter to score on an 8-yard touchdown pass.

The Bulldogs responded with an 84-yard touchdown pass from Jordan to Teak Wareham.

Kendrick scored again with a run for a touchdown. The score was 22-18 with Kendrick's successful scores after the touchdowns.

It was in the fourth quarter where the Bulldogs pulled ahead on a 34-yard run by Johnson for the final touchdown.

Bulldog's Johnson had 14 carries for 101 yards and 2 touchdowns. He added 9.5 tackles playing defense.

Teammate Angus Jordan completed 15 out of 21 passes for 191 yards and two touchdowns.

Kole Riebold had 2 sacks and 6.5 tackles for the Genesee-Colton defense.

"Our defensive effort was one of our better ones this year," said Podrobsky.

The Bulldogs have a White Pine League record of 5-2 and are overall are 6-2. They are preparing to play in the first round of playoffs in Idaho.

On Friday, Genesee-Colton plays the Red Devils in Murtaugh, Idaho.

"It's been a good year for us," said Podrobsky.

Bill Stevenson is the editor of the Whitman County Gazette, Colfax Daily Bulletin and Franklin Connection. He has nearly 30 years of journalism experience covering news in Eastern Washington.