School board hears about masks 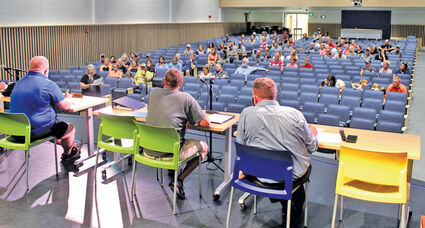 COLFAX — About 80 people attended the Colfax School District board meeting to comment on mandatory mask-wearing, critical race theory, and more.

The meeting was moved to the school auditorium on July 26.

People spoke at a microphone using their three minutes of allotted time to express their opinions.

Teacher Christopher Clausen spoke in support of the board and its "partnership" with the Colfax Education Association. He is the president.

Ronda Penwell, a history teacher at the high school, talked about her three daughters and cit...