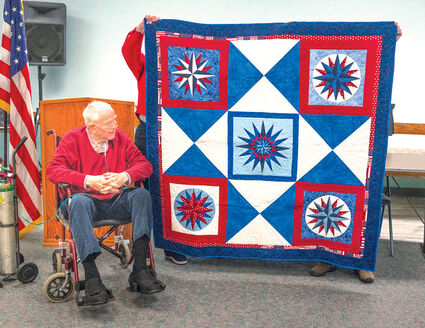 COLFAX — Five county veterans were honored with Quilts of Valor at two ceremonies at the Colfax United Methodist Church.

Stueckle, 90, of LaCrosse, served from 1951-55 as an instructor on instrument navigation in the Navy as a petty officer second class at Naval Air Station Whidbey Island.