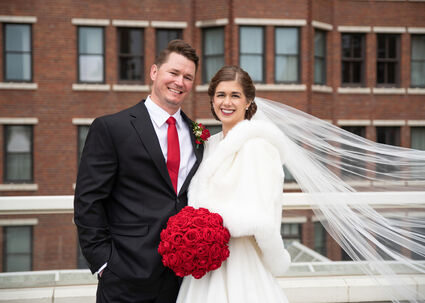 Special to The Gazette

The groom, Dallas Hintz of Quincy, and bride, Lindsay Webber of Colfax.

Webber is the daughter of Jon and Angie Webber, of Colfax. She graduated from Colfax High School in 2013 and Baylor college in 2017 with a bachelor's degree in music – vocal performance, according to her mother, Angie Webber.

Lindsay Webber earned a master's degree in music in 2020 from the University of Cincinnati – College Conservatory of Music. She recently attended Indiana University's Jacob School of Music in pursuit of a doctorate.

She owns and operates LJ Studios to coach vocalists and...