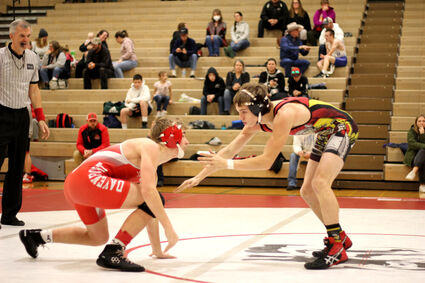 DAVENPORT -Wrestlers throughout Whitman County had a busy week of competition. After a girls league meet in Newport on Jan. 10, the athletes participated in a league meet in Davenport on Jan. 12 and wrapped up with the Crusader Classic at Northwest Christian High School in Colbert on Jan. 14.

The Jan. 12 league meet was designated for male competitors, but several schools brought their female wrestlers along to compete.

Tekoa-Rosalia's Alexis Taylor, Washington's eighth-ranked small-school girls wrestler in the 145-lb. class, was one of those girls. She went 1-0 at the Davenport meet, winni...