Colfax girls pull away from Davenport 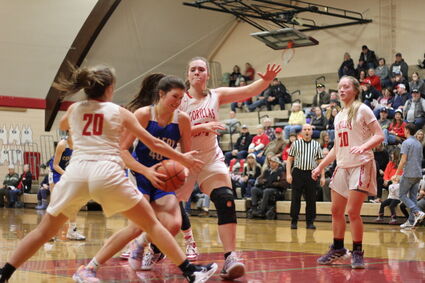 DAVENPORT - Despite a strong fourth quarter, last Friday's girls basketball game against top-ranked Colfax showed the Gorillas still have a ways to go to reach the Bulldogs' level.

The Bulldogs took a quick 19-11 lead in the first quarter behind eight points from Brynn McGaughy and six points from Hailey Demler, then extended their lead to 40-18 by halftime.