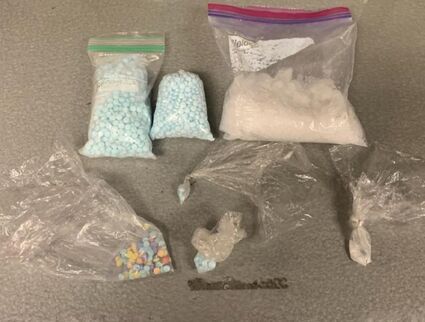 Over 1500 fentanyl pills, 40 grams of heroin and a half a pound of methamphetamine was found during a property crimes investigation.

COLFAX - Spokane woman Nicole Simmons 30, was arrested and booked into the Whitman County Jail on felony charges of delivery of a controlled substance and accomplice to vehicle theft Wednesday, Jan. 12.

Simmons was found with over 1500 fentanyl pills, 40 grams of heroin and a half pound of methamphetamine.

A press release sent out Thursday Jan. 13 states, on Tuesday evening a complaint was made about a possible car prowling situation at a business in Oakesdale.

Reports say responding deputies reviewed video footage identifying two vehicles that were believed to be involved in the incident....