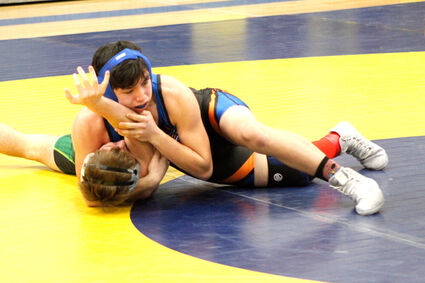 COLFAX — 1B and 2B schools went to Colfax on Jan. 5 to compete in a boys wrestling league meet.

Although the meet was originally scheduled to be a boys league meet, some schools brought their girl wrestlers to compete, including Colfax with Grace Jones and Garfield-Palouse with Laynie Southern.

Southern went 1-0 in her lone match at the meet, winning via first-round fall against Davenport’s Emma Cash.

Grace Jones went 1-1 in two matches at the meet, losing her first to Reardan’s Vaea LaMoureaux by pin in the second round...