Lady Bulldogs improve to 7-0 in win against Broncos

Colfax blows out Lind-Ritzville/Sprague at home 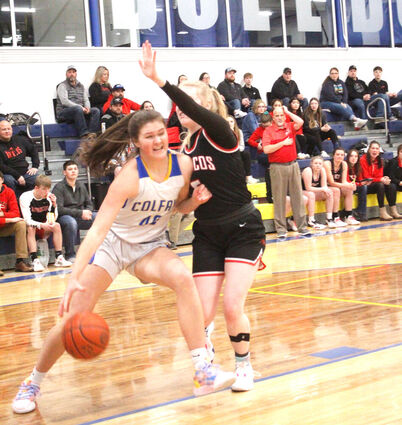 Brynn McGaughy (left) dribbles to the basket against a Lind-Ritzville/Sprague defender Dec. 17 in Colfax.

Colfax head coach Jordan Holmes aid that despite the consensus opinion of the team by the AP and the WIAA, the team wasn't putting much weight onto the selection.

"It's so early (in the season)," Holmes said. "So, I wouldn't read too much into it. We're not even close to playing our best basketball, and I don't think any of the teams in the state...