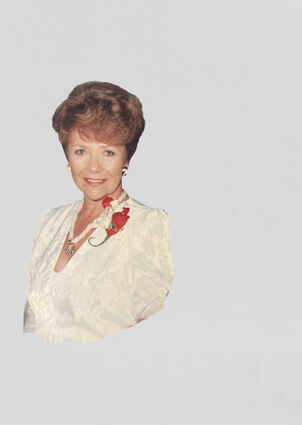 Margaret (Akin) Pfaff was born on April 14, 1937, in Colfax, WA, to Ralph and Agnes Akin. She grew up in Garfield and graduated from Garfield High in 1955. Shortly after, she married the love of her life, Stanley, on August 4, 1955. That is the day she moved out of her childhood home into her home on the farm.

Margaret's loves were her family and her home in Garfield. She put her heart and soul into both. She had an incredible work ethic and it showed in how she took care of her home (and lake place.) No one could put together a birthday, Thanksgiving, or Christmas dinner like she did. Every single dish was made from scratch and with love. She was proud of having a perfectly set and decorated table for whomever or whatever was being celebrated. She always credited her mother and 4-H for her gift of serving.

On birthdays a phone call could be expected with a happy birthday greeting and a song sung by (Grandma, Mom,) Margaret. Her cakes were always made with love as she made sure they were intricately decorated to honor the recipient.

Margaret spent her life as a mother, farmer's wife, and businesswoman. Once her sons were out of the home, she began modeling and working at Suzanne's Boutique. After a few years, she and her close friend and business partner, Sherry (Moland) bought and ran the successful boutique until they retired.

Stanley and Margaret lived on the family farm until Stanley passed away in 2004. Margaret continued living on the farm until 2019 when due to poor health she moved to North Point Village in Spokane. Margaret left this home for her forever home on December 14, where she was joyfully greeted by Jesus, her husband, Stan, her parents, and friends. Margaret was a wife, mother, grandmother, great-grandmother, sister, daughter, and friend. Margaret was well loved and loved well. She will be missed.

Margaret passed away on Dec. 14, 2022 at the Providence Holy Family Hospital in Spokane, WA.