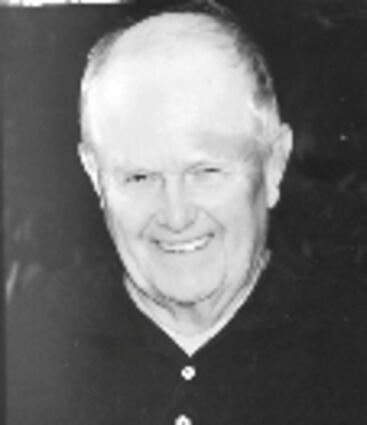 Jerry Franklin Simmons Jr. transitioned from this world to the greatest world of all at 4:53pm on November 23, 2022. Jerry was 86 years old. He had just returned home a few hours earlier from the hospital surrounded by many of his loved ones who wanted to be with him and tell him how much we loved him and to say thank you and touch him prior to his departure.

He had been in the hospital since November 19th with pneumonia and complications due to Alzheimer's.

While in the hospital, he was not allowed to have visitors in his room, not even his wife Shirley, because he was determined to have covid. It was an excruciating experience for all of us and Jerry. He was in intensive care, then improved after a few days and so was put in a regular room away from intensive care. Soon after, he had a heart attack, was revived and moved back to ICU on life support. It became obvious that he would not recover this time as he had some many times before.

Since his family could not be with him in the hospital, hospice was arranged at this home in Merced, CA for the last few hours of his life so his family could be with him, something his entire family believed he would want. The intent was to care for him at home all the way.

When Jerry was 8 years old, he and his family moved to Diamond, Washington where his family farmed. Jerry helped his father farm the land and when he was around 40 years old, he leased the farm from his parents.

He had full time jobs for several years along with his farming. He worked for McGregors, helped Joe Meyers, Case Machinery for the Leinwebers, and for John Deere and Caterpillar at Arrow Machinery for Joe Henderson located in Colfax that eventually moved between Colfax and Steptoe. Joe Henderson had proven to be a great friend to Jerry and his family for many decades.

When Jerry retired from Arrow Machinery, he continued to farm. He also enjoyed buying old machinery and fixing it up or make something new out of it and sell it.

His life was defined by hard work, integrity, a man of his word, and an ability to learn anything. He was surrounded by several neighbors and co-workers that shared the same values.

His family has many fond memories of Jerry. Baseball, basketball, snowmobiling, home movies, atv'ing, camping, fishing and one of his favorites, auto racing.

Every piece of machinery on the farm and every vehicle was meticulously taken care of on the farm. And he was always building something. Though he would enjoy various sports and comedies on the tv along with often boring news, he was a doer. That is where he excelled.

Jerry was also defined by many jokes, sarcasm, short words of wisdom, such as, "It will feel much better after it quits hurting".

After retiring, he moved to Colfax to Hill Ray Independent living. He enjoyed seeing many friends. They helped look after Jerry too. While living there, Alzheimer's was getting the best of him, He started wondering around etc. They decided to was time to move to California while he still knew his family there and had their help. They lived in Gilroy for a year before settling in Merced.

He was heavily supported by his 3 sons and 3 daughters-in-law. Covid hit California soon after moving to there, so his last years of his life was tumultuous to say the least.

Many decisions were heavily influenced by the way Covid was handled. Very disappointing.

He was and is loved so much and we are so thankful for all the love he gave his family. He is greatly missed but we all will join with him in due time.