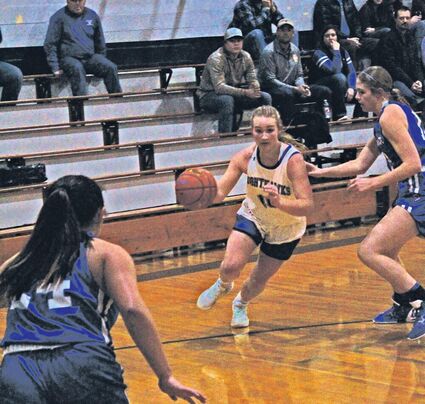 OAKESDALE – Both the boys and girls Colton and Oakesdale basketball teams were in action against each other on Dec. 9, with the Wildcats taking the victory between the girls, and the Nighthawks taking the win with the boys.

Girls were up first, and began with a heavy defensive effort.

At 6:28 to go in the first quarter, the only points of the game came from the free-throw line, with Colton holding the narrow 2-1 advantage. Neither team was able to create separation from the other and the first frame ended with a 6-4 Colton lead.

Both teams tripled their scoring totals in the second quarte...