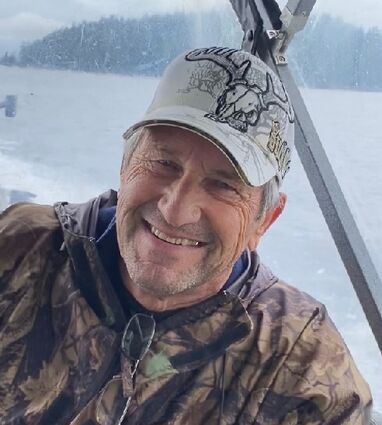 With heartfelt sadness David Allen Ulrick of Garfield, WA., passed away at 9pm, November 30, 2022 at Pullman, WA. Regional Hospital from complications of ALS. David was surrounded by his close family.

David was born in Taopi, MN., August 21, 1946 to George and Edythe Ulrick, (Stern). David attended several schools growing up due to his father being in the United States Air Force, which included schools in MN., FL., TX., Labrador, NE., and OH.

David joined the United States Air Force on July 13, 1966 in Cincinnati, OH. He spent four years serving with dignity and honor as a Crew Chief working on KC-135 aircraft in various locations including Guam and ended his service at Fairchild AFB, Spokane, WA., in 1970 with rank of Staff Sergeant. While at Fairchild AFB, David met the love of his life Roberta Sue Hathaway of Garfield, WA. David and Sue were married September 1, 1967 and had two wonderful daughters, Charlene and Cheryl. David and Sue enjoyed 55 years together.

After service to our country David and Sue moved to Minnesota where David worked as a welder for Anderson Crane and farmed in the summer with his dad. A few years passed and David and Sue returned to Garfield, WA. David worked as a welder for JE Love and farmed for Schuman and Sons. David eventually left JE Love to farm full time. His involvement in the community even included filling a position for Garfield Police for a time. He was a volunteer for Garfield Fire Department, Whitman County FPD #3 for 33 years, and eventually finished his work career as Garfield Public Works Superintendent and Certified Waste Water Treatment Plant Operator for 15 years. David served two terms as a council member for Garfield in retirement.

Prior to and in retirement David enjoyed helping others in the community. He used his vast structural, electrical, and mechanical knowledge gained by education and experience to engineer a solution for those who needed help. David loved his family and over the years traveled to many states to see his parents and brothers. In more recent years he spent time traveling near and abroad, most notably trips to National parks such as, Mt. Rainier, (which included a successful summit climb), Yellowstone, Glacier, Craters of the Moon and Haleakala NP, Maui. David, Sue and family had two nice trips across the pond to London, UK, Belfast Northern Ireland and Dublin Ireland. David would say, "they sure know how to stack up old rocks here", always garnering a laugh. David's hobbies were hunting, fishing, trap shooting, firearms, reloading, gold mining, fixing anything and everything, RV trips, boating, western movies and collecting things.

David belonged to Garfield Gun Club, Lions Club, NRA, American Legion, and Hiyu Indians Trap Shooting club. Dave assisted the organizations in every way he could, making them as best as they could be.

David will be remembered as being strong, active, loving, skilled, devoted, quick witted, generous and helpful. David had the gift of gab and great humor. When David told stories you never knew if the story, he was telling was true or had a joke at the end.

Kramer Funeral Home, Palouse, WA is caring for the family.