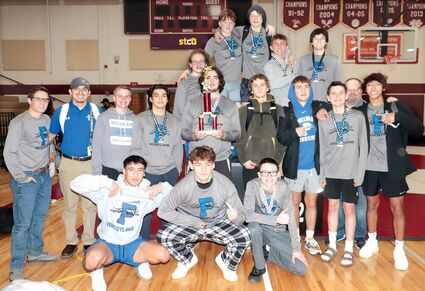 The Pullman Greyhounds won the team title at the Medical Lake Scramble on Saturday, Dec. 3, with wrestlers scoring 266 points.

PULLMAN – Multiple squads from various different levels traveled to Medical Lake on Dec. 3 to compete against each other in wrestling.

This included Whitman County teams such as Tekoa-Rosalia and Pullman.

Pullman had multiple wrestlers finish second place or better in various weight classes in the Scramble.