University of Washington Huskies take back the Apple Cup 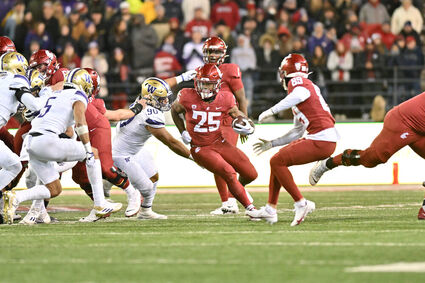 PULLMAN – The 114th edition of the Apple Cup between the No. 13-ranked Washington Huskies and Washington State Cougars on Nov. 26 came with major implications for both teams.

Washington was no longer eligible for the 2022-23 College Football Playoff after wins by the Utah Utes and University of California-Los Angeles Bruins earlier in the day, ensuring the Huskies wouldn't have an opportunity at the PAC-12 Championship, which was their only path to the Playoffs.

But a win against Washington State would ensure Washington had a more-than-realistic chance at another New Year's Six Bowl.