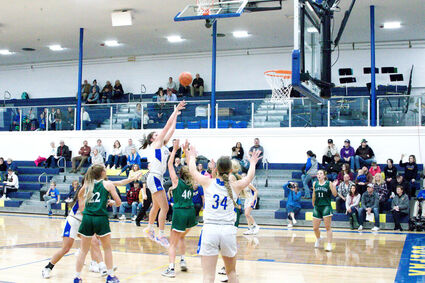 COLFAX – Girls basketball tipped off in Colfax on Nov. 29, and the Colfax Bulldogs wasted no time putting together a drama-filled game in front of their fans this season.