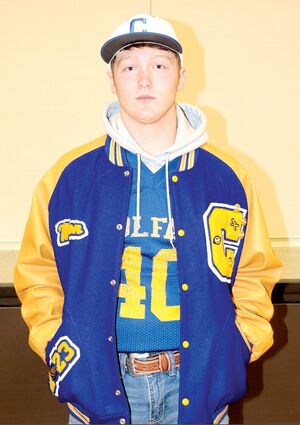 Mason Gilchrist is pictured after being selected to the Northeast 2B All-League team at running back and linebacker.

COLFAX - What was an overall down year for the Colfax Bulldogs football team still saw several players receive recognition for great performances on the season.

There were four total 2B District 7 All-League selections for the Bulldogs – two on defense, two on offense, two First-Team and two Second-Team.

Senior running back/linebacker Mason Gilchrist has received First-Team All-League honors for both sides of the ball, and his third in a row for the running back

Gilchrist had several notable performances of the season for Colfax. Against Asotin, Gilchrist rushed 17 times for 15...