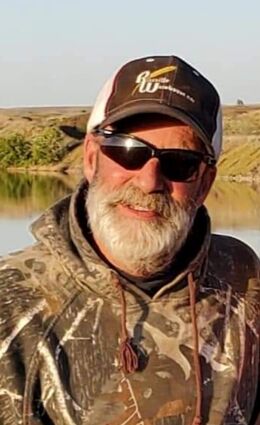 Mike Engles was born in Seattle, Wash., to Dale and Joanne Engles on October 13, 1958, as the second of seven children who would grace the Engles' household.

While Mike was born in the big city, he was a small town kid at heart. During his teen years, he moved to Sprague to live with his Grandparents and attend Sprague High School. He participated on the football, basketball, and track teams where he became a Washington State high school track decathlon champion.

Mike graduated in 1976 and, on October 14, 1979, he married Beth Ann Engles. They raised three children together, Kristy, Scott, and Steven.

Mike's experience of growing a potato in a milk carton as an elementary student developed into his passion as he was a proud Whitman County farmer for the past 42 years. In addition to farming, Mike also worked at the Lamont Grain Growers early on and then for the Washington State Department of Transportation.

Mike was always an Outdoorsman. Hunting, fishing, and trap shooting were a few of his favorite pastimes. Mike used these venues to connect with his friends and family. The laughter, lessons and stories will forever live on in all of us.

Mike passed away on October 25, 2022, surrounded by friends and family. He is preceded in death by his wife, Beth Ann Engles; his father and mother, Dale and Joanne Engles; his father-in-law, Wilfred Becker; his sisters, Kim Bell and Kelly Engles; Grandparents,

Mike's family requests that in lieu of flowers, donations be made to the Sprague Gun Club or the Lamont Fire Department.