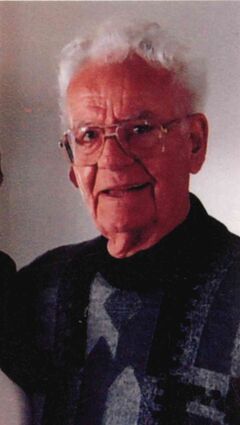 John Phil Hayfield, Sr. passed away at The Courtyard in Colfax, WA after residing there for almost four years. He was 98 years young. John was born to Ruth and Phil Hayfield on August 16, 1924, in Spokane, Washington. John grew up and graduated from high school in LaCrosse, Wash.

After high school, John lived in various places during his career as a truck driver including Baker, Ore; Kennewick, Wash .; Spokane, Wash .; Dusty, Wash .; St. John, Wash .; and Colfax, Wash. John drove just about every type of truck there was including logging, cattle, beer, and gas and oil. Notably, while in his late 20's, he escaped a rock slide on Snoqualmie Pass by jumping out of his truck while traffic was stopped and running to safety as the truck was swept off the side of the mountain. John was considered one of the best drivers by his peers. 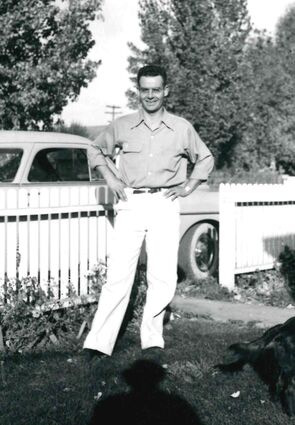 John lived a spirited and vibrant life and he especially loved celebrating his birthday every summer with family. He was an outstanding three sport athlete in high school, but baseball was his love. He played baseball for several years following high school, which he loved. John was a faithful follower of the Atlanta Braves and the Seattle Mariners. He spent spring training in Arizona with his son John Jr., for 12 straight years which was always a highlight of his year. John also loved to golf and play poker with several groups of buddies throughout his life and cherished those friendships. For the past 15 years, he enjoyed the company of his loving companion, Hetty Fowler, and her family-Susan and Larry Kile and Dwight Fowler. All-in-all, it's fair to say that John was the life of the party. He had the best sayings, stories, and jokes! He lived his life his way.

He is survived by his daughter, Debra Hergert (Phil) and son John Hayfield (Amy); four grandchildren, Brian Rhodes (Brianna), Steve Rhodes (Brooke), Rob Hayfield, and Riley Hayfield, as well as three great-grandchildren. He was preceded in death by his parents and by a sister, Janice Wright.

John will be laid to rest in a private service at the LaCrosse Cemetery. Memorial donations can be made in his name to the Colfax Golf Course. Corbeill Funeral Home in Colfax, Wash., is caring for the family. Online condolences may be made to http://www.corbeillfuneralhomes.com.