Oakesdale and Colfax volleyball off to state

Nighthawks and Bulldogs look to each earn trophies 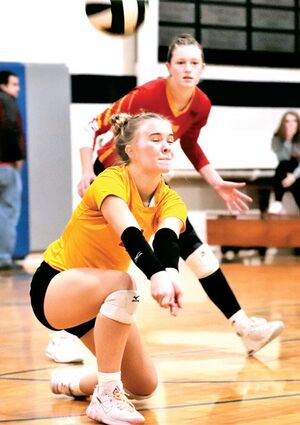 St. John-Endicott/LaCrosse libero Cami Larsen attempts to get a dig.

Oakesdale has won eight out of 10 1B state championships and is looking to extend that streak to nine out of 11.

Both teams won their respective district tournaments – leading to a No. 4 seed in the 2B tournament for Colfax and a No. 1 seed and a fi...