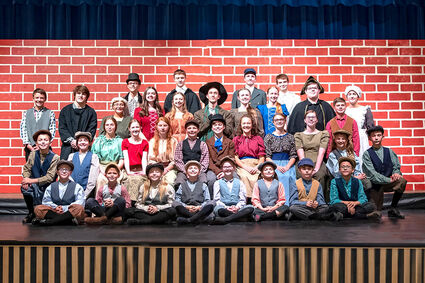 The cast of the Colfax School District Fall Musical, "Oliver!" assembled on the new auditorium's stage.

COLFAX-The Colfax School District is bringing back the annual fall musical with a production of 'Oliver!' Nov. 17 through 23.

"The school was remodeled and we have a brand new auditorium, so that is a big thing in C...