He was born Sept. 22, 1932 in Spokane, Wash. to George & Constanze (Bischoff) Harder. Bill grew up on the family ranch in Kahlotus, site of the original Harder Family homestead. He attended Kahlotus School until his senior year when he attended and graduated from Washtucna High School in 1950.

Having lost his father at a young age, Bill took over operation of the family wheat farm and cattle ranch at age 18.

He served in the US Army from 1953 to 1955 as a Clerk Typist at Brooks Army Medical Center in San Antonio, Texas. He always made sure he took good care of his commanding officer to ensure he would be granted leave time to get back home and keep track of everything going on at the farm and ranch.

Before the Lower Monumental Dam was built, Bill also farmed near the Snake River. When the dam was constructed, the government paid him for the "farm ground" he lost. With that money, he purchased more ground to build his growing wheat and Hereford cattle operation into what it is today.

Bill and Vivian shared 60 years together running the family business and raising their family.

Bill was an astute businessman who was driven for success. He was a leader, not a follower. When neighbors or other farmers and cattlemen did things one way, Bill did things his way for reasons sometimes known only to him. If he made a mistake, he did not make the same one twice. He proudly brought his sons into the family business when they were young men. When tragedy took the lives of his two sons, Kurt and Eric, he stepped back into the daily business operations and there he remained until recently.

A close family, they not only worked together, but also vacationed together. From the time their boys were young, the family took trips together, first to car races and RV road trips and later to Puerto Vallarta.

Bill did most things in his life boldly. He loved his children unabashedly. Even as grown men, he would kiss his sons as though they were still five years old. Also notably bold was Bill's voice. He was affectionately known as Whispering Bill for his booming loud voice and infectious laughter. You always knew how to find Bill in a crowd because he could be heard a mile away.

Bill was as fun as he was loud. Another nickname he earned was Wild Bill for driving fast, never missing a grange hall dance, and his motto "play hard, work harder."

But Bill was also a man of service. He took pride in his community. He served on the Kahlotus School Board from 1963 to 1987 and was a founding commissioner for the Port District of Kahlotus from 1961 to 2022. 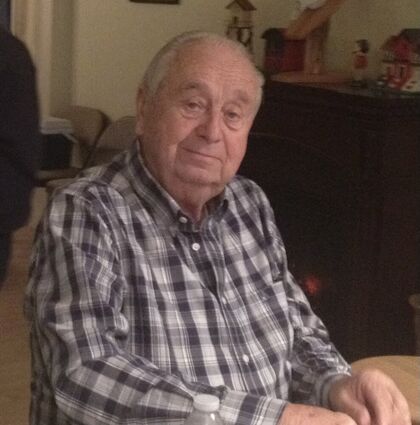 Bill is survived by son Bill Jr. (Terri) "Dusty Roller", grandchildren Eric Max, Jr. (Ally), Nicole and Timothy J "TJ." He was preceded in death by his parents, sisters Constanze and Macey, sons Kurt and Eric, and his wife of 60 years, Vivian.

Memorial gifts may be made in Bill's memory to Washington Cattlemen's Association, PO Box 96, Ellensburg, WA 98926, or Washington Wheat Growers, 109 E. First, Ritzville, WA 99169. A meal will be served for mourners at noon on Sat., Oct. 29th at the Kahlotus Grange. A memorial service will follow the meal at 2pm at the Kahlotus School Gymnasium. A graveside service at the family cemetery will follow the memorial service.