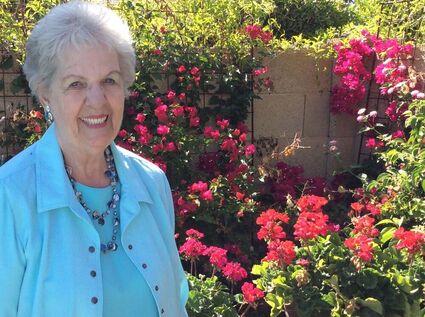 Gayle D. Buri, 85, passed away October 21, 2022, at The Courtyard in Colfax. Memorial Services will be held on Saturday, October 29 at 1:00 PM at the Onecho Bible Church followed by a reception.

Gayle was born in Spokane, WA, to Glen and Myrene Gardner (Campbell) on December 30, 1936. Her early years were spent in Spokane where she attended Browne Elementary School. She then went on to North Central High School graduating with the class of 1954. While at North Central High School she participated as a hall guard and a library representative. She attended Community Bible Chapel in Spokane where she eventually met Dale Buri of Colfax.

They were married on November 8, 1959. They spent their honeymoon on the Oregon Coast and then settled into Colfax eventually purchasing a home on Southview where they raised their sons and lived for 40 years. Together they raised five sons; Chris, David, Kurt, Blake and Steve.

She worked as a nurse's aide at the hospital and eventually became a caregiver for several elderly patients in Colfax and the surrounding areas. Gayle attended Onecho Bible Church for many years and the Nazarene Church in later years. She was active in the church, attending Bible studies and participating in other activities. One of the pastors gave her the nickname, "The Sarge" for her ability to get kids to pay attention during youth group activities. She was a resident of Colfax for over 60 years.

Most recently, she lived at HillRay Plaza for over 20 years and then at The Courtyard for the past year. The family is very grateful for the excellent care provided to her by the staff at The Courtyard.

She was preceded in death by her parents, her husband Dale Buri, her son Blake Buri and her granddaughter Dayna Buri Kindrick.

Corbeill Funeral Home in Colfax is caring for the family. On-line condolences may be made at http://www.corbeillfuneralhomes.com.