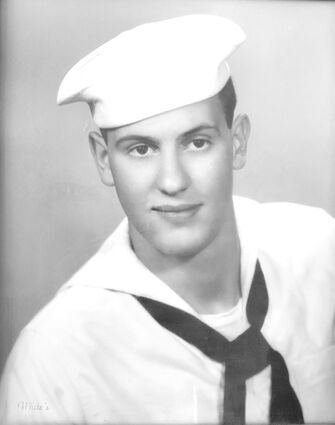 GARFIELD– Garfield American Legion member, Robert Miller joined the Navy in 1953.Going on to serve until 1957. Just a farm boy that grew up milking cows, he sees joining the service as a time in his life he was able to learn more about the world.

"In August I went to boot camp in San Diego California, serving as a tanker USS Elokomin 1st division in the front," Miller said, explaining that his complement had a little over 300 men. Miller set foot in several countries bordering the East Coast and Mediterranean Sea. "I worked for Voice of America, a broadcast in Russia," he added.