Ginger left this world peacefully on the night of the Hunter's full moon October 9, 2022 with her family by her side.

Ginger was born to Muriel and L.D. Childs in New York City on July 18, 1923. She spent her early life in New York City. Ginger attended Barnard College and graduated from Columbia School of Architecture with a Masters in Architecture in 1946. In 1947 Ginger married fellow student, Don Reiman, who had just returned from four years' service as an officer in the U.S. Signal Corps. in the South Pacific.

Ginger worked designing apartments, for Candela Assoc., an architectural firm in New York, while her husband completed his degree in Architecture. They then started their family, 2 daughters Sandy "Li" and Gwen, born in 1948 and 1951 respectively. Making the choice to forgo the life of NYC society they moved to the country where they designed and built a house in Scarborough, NY. Don Junior was born there in 1956. Ginger stayed home with the children and sat on several community and school boards. After the children were in school, Ginger joined her husband's firm, Malsin and Reiman, Architects, as designer and administrator. Their firm designed and built many houses, stores, and public buildings in the area and around the country.

In 1993 they sold their business and moved to the coast of Maine where they bought a small house on Deer Isle, which they redesigned and built into their home. Ginger continued her community activism in the Deer Isle community. Ginger volunteered at the Bagaduce Music Library repairing old music scores for several years until she could no longer make the trip to Blue Hill. Ginger and Don were active members of the Island Heritage Trust (IHT) which contributes to the well-being of the island community by conserving its distinctive landscapes and natural resources. Ginger was instrumental in collecting the people and funding to buy Polypod Island for the IHT. Ginger was a founding member of the Deer Isle Community Garden in 2008 until 2014. During her time there the garden provided the local food pantry with 20% of the produce they distributed each week. Ginger and Don were active members of the Plymouth Congregational church and the Sunset Church even designing part of the church. Her husband, Don passed in 2019 after 72 years of a devoted marriage.

In 2021 Ginger left Deer Isle and moved to Eureka Farm in Dusty, WA to live with her daughter and family Li, and Jon Ochs. Ginger lived there continuing her pursuits until her death.

Ginger was an avid gardener, a veracious reader and enjoyed New York Times crossword puzzles from early years until her death. Ginger was well known as a wonderful gourmet cook and enjoyed hosting parties and cooking for others. Her houses in New York, Maine, and Washington were always gathering places for family and friends. A woman of strong intellect, great learning, and an abiding interest in art and architecture, poetry, literature, and language. Ginger was a compassionate observer of the human condition and a champion of human rights. A brilliant conversationalist in her interactions with people always led to discoveries in those around her. Ginger and Don traveled extensively throughout their life together and shared their experiences and experience with their friends and family, enriching the lives of all who knew them. After his passing Ginger continued to be a guide to us all. We will miss her immensely. Her last conversation was "I have had a wonderful life, I love you, and everything is perfectly fine."

Ginger is proceeded in death by, her parents, her brother, her husband, Don Reiman, and 1 grandson, Stratton Ochs. 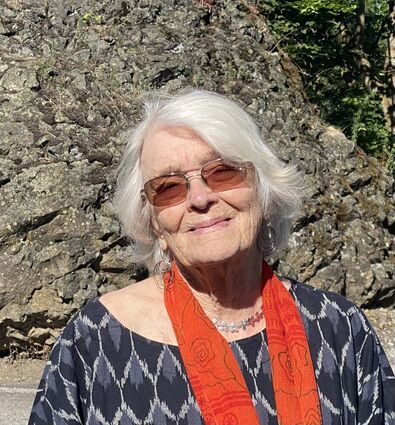 Celebration of life will take place at a later date.

The family would like to thank the Whitman Hospital staff for their wonderful, loving and professional care of Ginger in her last days.