Bulldogs lose to Mountain Goats despite second half 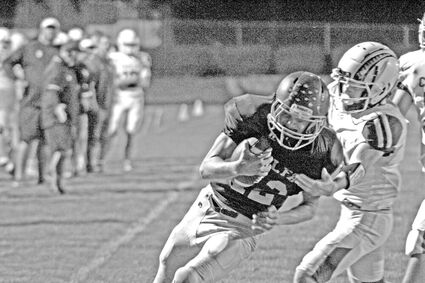 Colfax quarterback Seth Lustig fights through contact to the endzone in a game Oct. 7 against Chelan

COLFAX - Colfax hosted Chelan in its last non-league game of the season before closing out the season with exclusively league games. Despite a strong second half that saw the Bulldogs outscore the Mountain Goats 20-6, Colfax (1-5, 1-3) wasn't able to overcome a 28-8 first quarter by Chelan, losing 48-34.

"We woke up in the second half," Colfax coach Mike Morgan said. "And it was a talk we had at halftime. I just said 'why do we feel the need to spot people so many points before we wake up and start playing ball?' And we did. We finally started playing ball and it was a combination of that a...