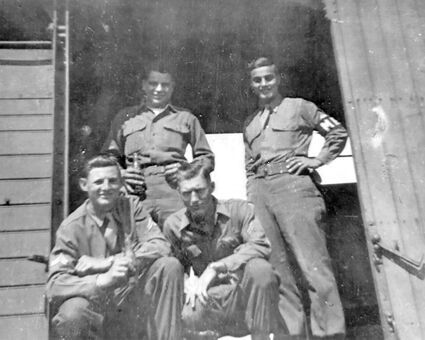 Milton Klettke, 95, of Diamond has gone by the nickname "Milt" since his grade school teacher called him that when he was young.

Klettke served in the Army, including the activated Army National Guard/Reservists from 1945-1947. While in the service, Klettke served with the European Theatre Military Police (ETO), serving during World War II.

"It was in December 1945," Klettke said, noting that he wasn't in the service long, "I was a draftee. My birthday is in May." Klettke just turned 18 when he was called to Spokane in July for a physical.

"There were three names starting with 'K' in Adam...