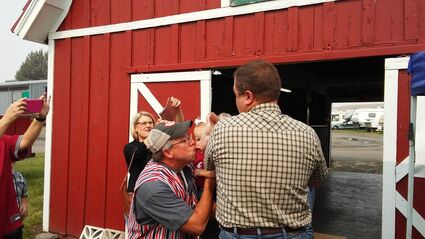 Scott Ackerman "won" Kiss the Pig in 2017, in a very close race with Allen Kirkpatrick.

Community Fund, (CACF) an organization that raised money for local nonprofits has officially shut down as of Sept. 30. They did not have their usual Oct. 1 fundraiser, and will be distributing the money they've raised to different agencies.

Former treasurer since 2009, Jeannette Solimine, stated that while they've had a lot of support from the community over the years a lot of the agencies that they fundraised money for are now being given money from large organizations such as United Way, government grants, or are doing their own fundraising. There is also no one who liv...