Vikings, Timberwolves show out in Spikefest 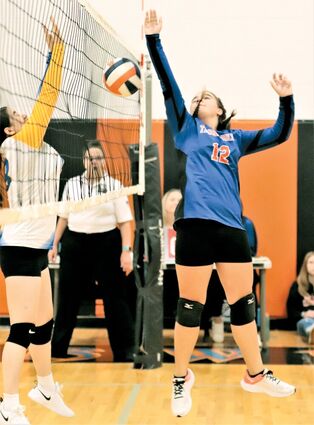 The Garfield-Palouse Vikings and the Tekoa-Rosalia Timberwolves represented Whitman County volleyball in the Spikefest volleyball tournament at Rosalia high school on Saturday, Sept. 17.

The tournament was played in a round-robin format, with no bracket winner or playoff format being introduced, the tournament being solely for the purpose of getting as many games as possible for the teams.

The tournament was played with first-to-two rules, with the first team to win two sets being declared the winner. The sets were played to 25 points with a third if-needed set being played to 15.