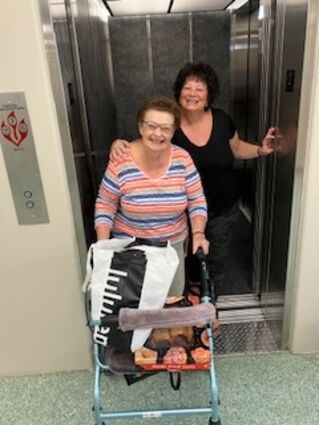 New elevator in courthouse 86 year old Lynne McClintok of Colfax enters the new ADA compliant elevator from the ground level at newly remodeled and open Whitman County Courthouse on Monday Separate 12, 2022, assisted by her daughter, Trudy Libey. They made it safely up to the second floor to find Trudy's husband, Whitman County Superior Judge Gary Libey to assist him in reorganizing his office and the courtroom.

Courthouse remodeled and open to public

86 year-old Lynne McClintock, of Colfax, could be seen entering a new ADA compliant elevator in the newly remodeled courthouse with her daughter, Trudy Libey. Both were there to help Superior Judge, Gary Libey reorganize his office and the courtroom.

All county offices are relocating back to the courthouse.

COLFAX – The Albion Camera Club invites everyone to their first meetin...