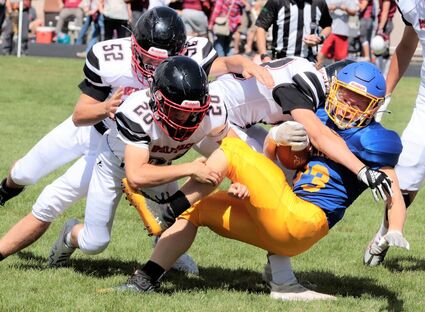 The Colfax Bulldogs will begin their 2022 season with one of the biggest tests it has on the schedule.

Colfax will travel to Ritzville Friday, Sept. 2 to take on the Lind-Ritzville/Sprague Broncos in a match between two ranked Washington 2B teams (according to MaxPreps).

The Bulldogs participated in an Aug. 27 jamboree in Ritzville alongside the Broncos, Pomeroy, St. John-Endicott, Tekoa-Rosalia and others. Colfax had one of the better offensive performances at the jamboree, but head coach Mike Morgan is putting a heavy emphasis on correcting the things that his team didn't do well rather t...