Take a hike on the Colfax Trail 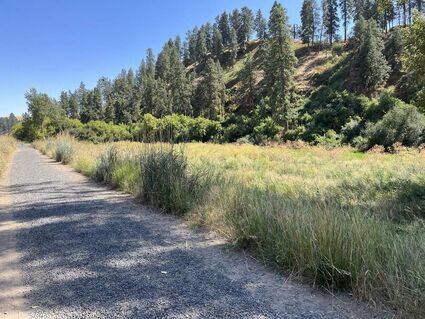 COLFAX – Less than a mile northwest of Colfax's downtown, hikers looking for an easy excursion will find the Colfax Trail.

The trail hugs the southern bank of the Palouse River for 2.5 miles, winding beneath the shade of basalt cliffs and towering pines laden with wildlife.

The trail's mostly graveled surface runs along a former Spokane & Inland Empire railroad grade abandoned in the 1960's, giving the path a very level surface with almost no changes in elevation.

Hikers, travelers and visitors can all access the trail via West River Drive off of State Route 26.