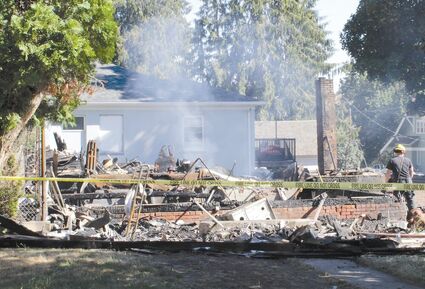 Firefighter Tim Tingley confirmed the injuries Tuesday morning; the names of the firefighters were not immediately released.

According to Tingley, local volunteer fire crews, as well as several volunteer firefighter departments in Whitman County, were called to 611 S. Meadow St. after a fire broke out in the home.

Nobody was home when the fire started, and officials do not yet know the cause of the blaze, he said.