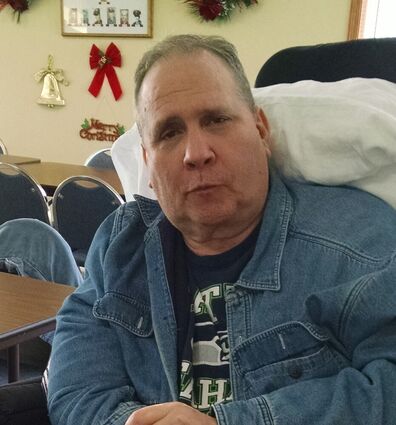 Roger Dean Imler was born in Colfax, Wash. on 7-8-55 to parents Dan Imler and Audrey Siegel Imler Tyree. He passed away on 7-6-22 at Good Samaritan Nursing Home in Spokane Valley, Wash.

Roger grew up in Garfield, Wash. and graduated from Garfield High School in 1974.

A lover of anything music, Roger enjoyed playing the guitar, drums and singing. Sports were also a real passion for Roger, to play and watch for all of his adult life. He was an ardent fan of the Seattle Mariners.

After high school he drove the Whitman County Library Bookmobile to several schools around the county. He enjoyed serving the kids and helping to facilitate their learning.

In 1988 Roger married Cheryl Hanson, and they remained devoted companions until her passing in 2019.

In 1992 he graduated from Spokane Community College Culinary Art School in Spokane, Wash. He then completed an apprenticeship at the Manito County Club and in 1993 he was hired as a chef at Riverview Care Center and was later promoted to Assistant Director of Food Service.

Roger lived with Multiple Sclerosis for 20+ years, the most of which Cheryl was by his side along with Roger’s good friend and caregiver Doug Kitt. Despite many difficulties with the disease, Roger never lost his good nature or sense of humor. After Cheryl’s passing, Roger joined the community at Good Samaritan in the Spokane Valley, where he passed away peacefully.

Ro ger is survived by his mother Audrey Tyree of Spokane Valley, Wash; his brother Mark (Tina) Imler of Pullman, Wash., and his sister Linda (Darrell) Fender of Garfield, Wash.