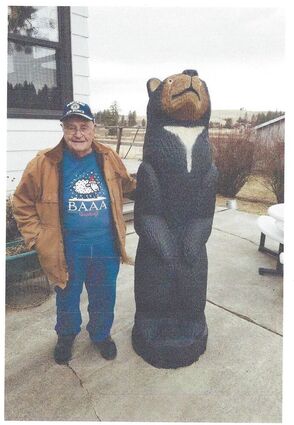 Jerry was born on Feb. 16, 1930 at Barrington, Illinois, to Benjamin and Gladys (Simonsen) Bates. He attended his schooling at Oregon, Illinois and graduated from the Oregon High School in 1948.

Jerry moved to Spokane, Wash. in 1968 and was employed by the United States Postal Service as a rural mail carrier for several years until he retired and moved to the family farm at Viola in 1989.

He married LeeAndra Erickson-Froseth on Jan. 4, 1990 and the couple made their home at Viola, Idaho.

A memorial services will be held at Kramer Funeral Home, 203 N. Bridge St. Palouse, WA , 10:30 a.m. on Wednesday, July 20, 2022 with the Rev. Corey Laughary officiating. The United States Air Force Honor Guard and the Potlatch Post # 10300 VFW participating. A lite finger food will be available after the service.

Kramer Funeral Home of Palouse, Washington is caring for the family. Online condolences may be left at http://www.kramercares.com.