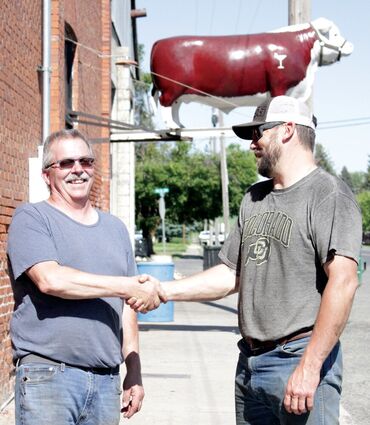 The shop has been processing meat for Whitman County and the surrounding region since 1955. The shop is open Monday through Thursday 7 a.m. to 5 p.m.

"I had worked at Dissmore's for two years, and my friend kept bothering me to buy the meat shop in Garfield," said Tevlin, "I did in 1996, and then we slowly grew."