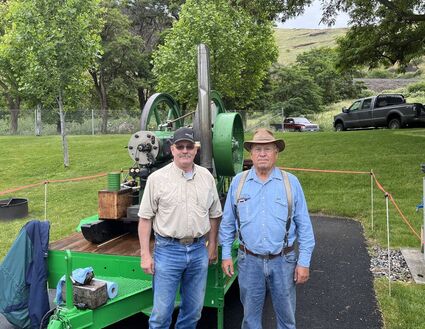 Steve and Wayne Tippett of Clarkston, WA., showed off their stationary engine at the festival.

COLFAX - On June 18, 1972, Boyer Park and Marina attracted crowds "under cool and cloudy skies" for the park's official dedication on the shore of the Snake River.

Exactly 50 years later, the park drew a host of visitors once again, this time in observance of the Snake River Family Festival, which had its fifth annual celebration last Saturday, June 18.

Despite rainy conditions, the park's lots were booked to capacity with 13 vendors and informational exhibits honoring the Snake River's vital role in the region.

"We filled all the available spots that we had," Port of Whitman spokeswoman S...