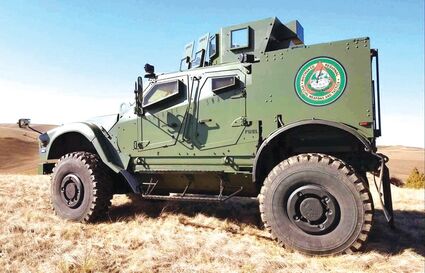 The SWAT team deployed its bullet proof truck during a standoff June 16 with Jamie Carosino of Farmington.

FARMINGTON - A local woman is being held in the Whitman County Jail following a standoff with authorities.

Records show she was taken into custody Thursday, June 16, on multiple allegations which included the intentional discharge of firearms.

Carosino was taken into custody after she allegedly fired several rounds from two different firearms at her boyfriend and members...