Battle Days a hit in Rosalia

Hundreds brave rain for festival; more photos on Page A5 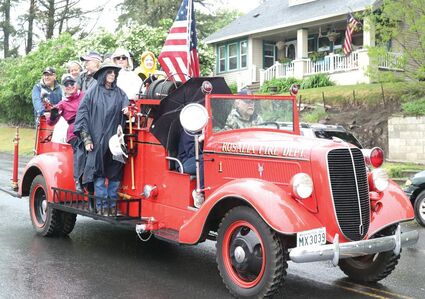 Rosalia's historic fire truck was a hit during the Grand parade on Saturday, June 4.

"Everything went well, including the parade," Kuehne said.

The festivities began with a 5K fun run and the annual Boy Scout pancake breakfast.

The 5K actually measured just over 3 miles at 3.6 miles and there were two divisions.

In the 19 years and younger division, Erik Lazeuno completed the race in 14:00 for first place. In second, Angelina Widman completed the 5...